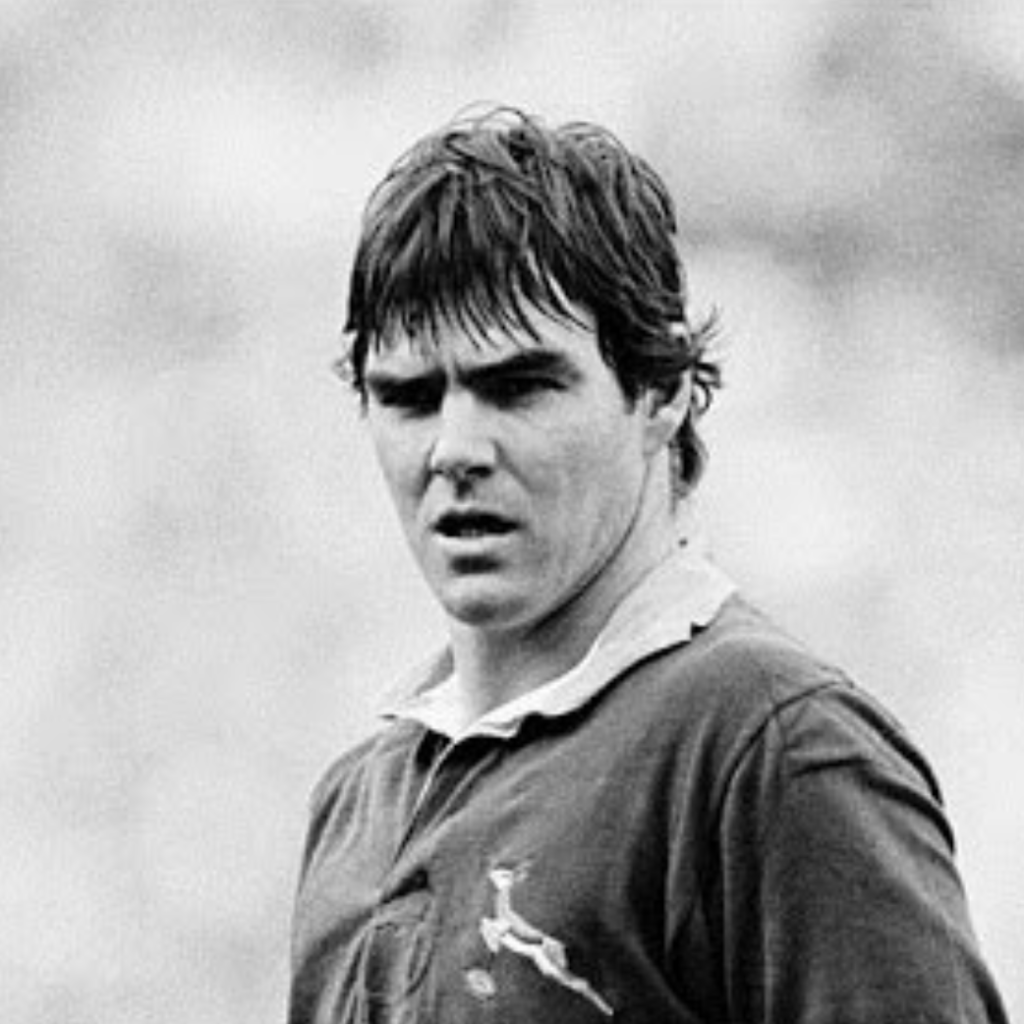 His first international was against the South American Jaguars in 1980, where Gerber scored a try. He played another two matches that year, and in 1981 played Ireland twice before touring to New Zealand. He played all three Tests against the All Blacks on the 1981 Springbok Tour, and a Test in the United States following the tour. As well as playing the Jaguars four times over the next two years, he also starred in the 1984 England tour to South Africa. Gerber played outside South Africa’s first ever Black player, Errol Tobias, in the series, and scored three tries in the second Test.