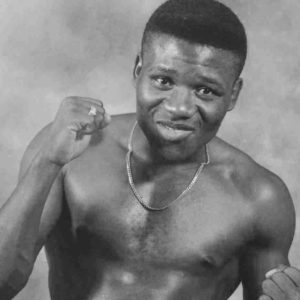 Bungu turned pro in 1987 and in 1994 captured the International Boxing Federation Super Bantamweight Title with a shocking upset victory over Kennedy McKinney, a fight named 1994 Ring Magazine Upset of the Year. After the victory, Bungu defended the title an impressive 13 times before relinquishing the belt in 2000 to move up to featherweight to take on Naseem Hamed. Hamed destroyed the super bantamweight legend, TKO’ing Bungu in the 4th round. In 2002, he was beaten by Lehlohonolo Ledwaba and retired in 2005 after losing to Thomas Mashaba. He compiled a career record of 39-5-0.